How to Find Food

How to Find Food

mana buleh dpt buku kinabalu escape tuh?
Getting to the summit is optional, getting down is mandatory...
Top 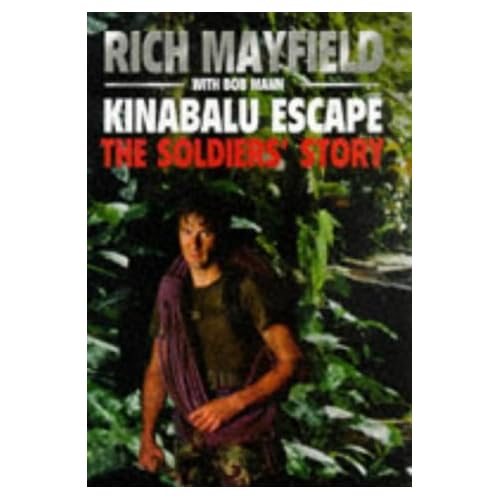 February 1994, a team of 7 British soldiers and 3 of their Hongkong counterparts embarked on an expedition to climb 4,095m Mt Kinabalu and then abseil into Low's Gully, a sheer 1.6km drop to a virtually unexplored forest floor. The members in the team were:

When the 7 member British team met up with their HK counterparts in Sabah, Mayfield realised that the men from HK were not even aware of the great challenges they were going to face. With no signal devices and no porters, the team marched up the tourist trail only to find themselves exhausted at Panar Laban.

At Gunting Lagadan Hut, LCP Mayfield tried to persuade the colonel to abort Exercise Gully Heights. They didn't have enough food and there were too many novices amongst them. LCP Mayfield's advice was met with strong objection and insistence from LTC Neill.

After the climb to the summit, the team had to get down to Commando Cauldron (start of Low's Gully), Easy Valley and Alphabet Rock. Mayfield brought Pete, Britt and Steve down to Easy Valley and started clearing the forest. Unfortunately, their task took longer than expected. The officers and the HK soldiers waited for them at the col but they did not return for the night. SGT Bob Mann was with the officers. That night, Bob reported spotting a large, ape-like creature at that altitude.

Then, the colonel ordered his group to take half the kit down to the front group, go back up and take the rest down the next day. By now, SGT Bob was certain that the colonel was no longer capable of commanding the expedition. He went down Easy Valley with the officers who turned back 2 hours before dusk. SGT Bob carried on to meet up with the front group. Bob got lost, then bumped into LCP Mayfield and the rest of the front group who have already set up the first abseils.

Next day, the colonel and his group arrived at Alphabet Rock, but the expedition leader was clearly unwell. LCP Mayfield who had gone down to check out the route of descent reported that he sees at least 6 abseils down, but that would still not bring them anywhere close to the bottom. LCP Mayfield explained that there would be no return possible once they started descending into the abyss. He made a last attempt to convince the colonel to abort the exercise. The colonel said that he would see him at the bottom.

Mayfield proceeded to descend, leading the front group which consisted of everybody except the officers and the HK soldiers. It took them 5 hours to descend 1800ft to the gully floor in 12 pitches. As expected, the rear group never showed up. The group debated on what to do. The leader made a terrible mistake of not bringing radio sets. Britt suspected the rear group might have retreated back to the hut. Bob warned that their supplies were low and they had to get out of the Gully fast. They made the collective decision to leave. They group climbed out of the east face of the gully and encountered thick forests, fast flowing streams and rapids. The group split up again. Pete and others were in one group and the Bob was with Mayfield.

The two of them found a river and decided to follow it downstream. Both men were starving. They finally arrived at Melangkap Tamis village, 3 weeks after they had left Park HQ. Pete and company had also arrived at that village. The kind villages took them in and provided them with much needed food and first aid in the form of folk medicine which included snakes and insects.

Back in Kota Kinabalu, they contacted their units and soon, a massive search was launched. A Malaysian helicopter spotted the rear group and rescued them. All 10 members of the expedition had survived.

Back in the UK, LCP Mayfield faced a Board of Enquiry in which the colonel accused him of disobeying orders and abandoning the rear group. LCP Mayfield was cleared of all charges but his military career was over.


Book Review by Chan Joon Yee from the site http://www.knapsacktreks.com/bookshelf/kina.htm
if a tree falls in the woods... do all the other trees laugh at it?

kena amazon jugak buku nie
Getting to the summit is optional, getting down is mandatory...
Top